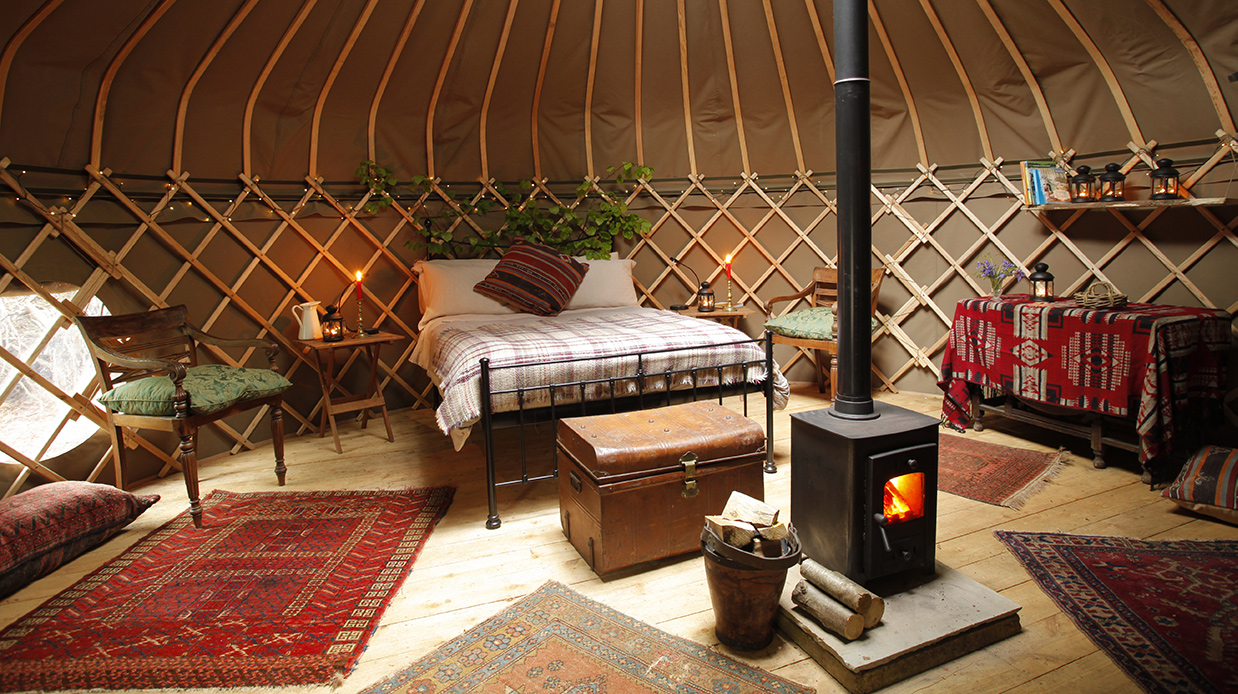 The One Named After Our River

Rother Yurt has a luxurious hot water iron bath surrounded by fairy lights in an “en-suite” smaller yurt.  Two yurts in one!

We named this yurt Rother in honour of our stretch of the Rother River, a ten minute walk away.  We find this is where most of our anglers book!  If you’re keen on fishing we have two beats on the river.  Just ask and we’ll advise further.

Rother Yurt features a rooted-seat carved from a large felled chestnut tree.  Rother Yurt is also a good spot if you plan to sleep in a hammock within the trees – as we’ve noticed that some of you simply don’t equate camping with a fully made up iron bedstead with loads of spare woollen blankets.

Rother Yurt is over 100m from our other spaces. It has its own campfire area and safari kitchen with fresh running water, gas hob and fire bowl.  And of course all your wood and cooking implements. Willow, its nearest neighbour, rests behind it at some distance.  So, if your friends have booked Willow you’ll need to shout for them to hear you!  Rother sometimes shares its privy with Badger’s (though sometimes Badger’s uses Willow’s privy instead).

One Parking Space - at car park “Daytime would come with the soft step of a Muntjac deer and we would set off to explore another path in the woods.”